The most thankful name in the world is, “mother”.

However, most people nowadays have grown tired with their busy and hard lives, gradually forgetting their mothers.

Therefore, we need remind them of love and sacrifice of mothers who were their eternal home.

Every creature receives life from mother. All mankind also receive their lives from their mother.

Likewise our spiritual life is given by our Heavenly Mother.

Such evidence prove the presence of Heavenly mother.

So if you want to receive spiritual life, you must know correctly and believe in Heavenly mother in World Mission Society Church of God .

Posted by 1christ9ahnsahnghong4wmscog8 on August 19, 2013 in God the Mother, wmscog

44 You belong to your father, the devil, and you want to carry out your father’s desires. He was a murderer from the beginning, not holding to the truth, for there is no truth in him. When he lies, he speaks his native language, for he is a liar and the father of lies. 45 Yet because I tell the truth, you do not believe me! 46 Can any of you prove me guilty of sin? If I am telling the truth, why don’t you believe me? 47 Whoever belongs to God hears what God says. The reason you do not hear is that you do not belong to God.”

Who is liar in the bible?

the devil. When he lies, he speaks his native language.

Even though they are doing like that, Whoever belongs to God hears what God says.

Let’s see one case in the bible.

What did Satan, the devil say?

“You will not certainly die” 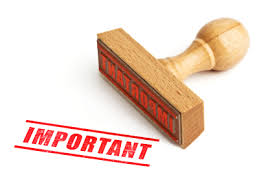 17 but you must not eat from the tree of the knowledge of good and evil, for when you eat from it you will certainly die.”

This is the same way nowadays. Whenever devil wants to slander God who brings the tree of life, the way to eternal life.

53 Jesus said to them, “Very truly I tell you, unless you eat the flesh of the Son of Man and drink his blood, you have no life in you. 54 Whoever eats my flesh and drinks my blood has eternal life, and I will raise them up at the last day. 55 For my flesh is real food and my blood is real drink. 56 Whoever eats my flesh and drinks my blood remains in me, and I in them. 57 Just as the living Father sent me and I live because of the Father, so the one who feeds on me will live because of me. 58 This is the bread that came down from heaven. Your ancestors ate manna and died, but whoever feeds on this bread will live forever.”

Therefore, Satan slander Christ Ahnsahnghong who brought the tree of life, the way to eternal life, the Passover[Mt. 26:17-28, Lk. 22:7-20] and World Mission Society Church of God which God Ahnsahnghong established with the truth the Passover.

What is the truth?

Come to Christ Ahnsahnghong who is savior in this age.

In the same way, after the supper he took the cup, saying, “This cup is the new covenant in my blood, which is poured out for you. 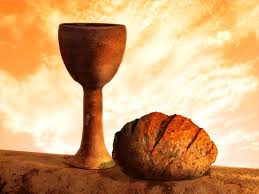 God Jesus fulfilled this prophecy that Jehovah will make a new covenant with His people. In other words, God the Father, Jehovah is Jesus. Then, in the last days, the One who establish the new covenant is the very God!

“In that day “I will restore David’s fallen shelter— I will repair its broken walls and restore its ruins— and will rebuild it as it used to be, so that they may possess the remnant of Edom and all the nations that bear my name,” declares the Lord, who will do these things.

For this reason Christ is the mediator of a new covenant, that those who are called may receive the promised eternal inheritance—now that he has died as a ransom to set them free from the sins committed under the first covenant.

Posted by 1christ9ahnsahnghong4wmscog8 on August 5, 2013 in Christ Ahnsahnghong

God who bring the truth_World Mission Society Church of God

for kings and all those in authority, that we may live peaceful and quiet lives in all godliness and holiness. This is good, and pleases God our Savior, who wants all people to be saved and to come to a knowledge of the truth. For there is one God and one mediator between God and mankind, the man Christ Jesus, 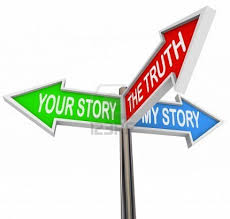 For knowing the truth, we should know God our savior, who grant all people the truth to be saved.

The truth comes from God. Therefore without knowing God, nobody can find truth.

Jesus answered, “I am the way and the truth and the life. No one comes to the Father except through me.

nor does his word dwell in you, for you do not believe the one he sent. You study the Scriptures diligently because you think that in them you have eternal life. These are the very Scriptures that testify about me,

The reason why the bible exist is that there are many people who do not know God or even people who has knowledge of God only in head as knowledge. So, God testify many signs and truth through the bible for understanding God who comes as the flesh, spirit or any form. 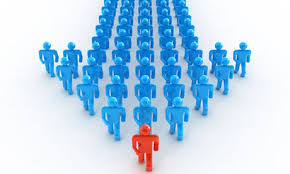 In the age of Holy Spirit, Christ Ahnsahnghong brought all the truth has already come in World Mission Society Church of God. Let’s see why He is God in this age. —————–NEXT TIME——————-

Posted by 1christ9ahnsahnghong4wmscog8 on August 1, 2013 in Christ Ahnsahnghong

Own thoughts is true?_World Mission Society Church of God

People insist on their own thoughts:

‘What does it matter if we keep the Passover or do not keep it?’

What if an astronaut takes off his space suit, thinking,

‘This suit is too thick and cumbersome’

and instead wears his clothes from the earth and then goes out of the spacecraft in space?

Living conditions in space are completely different from those on the earth.

So if you go into space, depending only on the knowledge and experience you have gained in your life on the earth, you will bump into a problem immediately.

Likewise, if you try to go to the kingdom of heaven just with your own common sense and experience in life on the earth, you will encounter a problem.

You are to follow exactly all the teachings of God who manages the entire universe – this is the way of life and salvation.

Mt. 7:21-23 “Not everyone who says to me, ‘Lord, Lord,’ will enter the kingdom of heaven, but only the one who does the will of my Father who is in heaven. Many will say to me on that day, ‘Lord, Lord, did we not prophesy in your name and in your name drive out demons and in your name perform many miracles?’ Then I will tell them plainly, ‘I never knew you. Away from me, you evildoers!’

According to the words of God, the bible, World Mission Society Church of God[WMSCOG] keeps the Sabbath on Saturday and the Passover.

Do you want to take part in here? 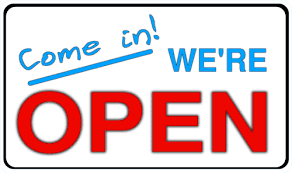 Then how can we recognize the Second coming Jesus, Christ Ahnsahnghong with the absolute sign?

Isa. 55:3 Give ear and come to me; listen, that you may live. I will make an everlasting covenant with you, my faithful love promised to David.

In other words, The One who will bring the everlasting covenant as the absolute sign of King David is the Second coming Jesus, God.

Then What is the everlasting covenant?

Heb. 13:20 Now may the God of peace, who through the blood of the eternal covenant brought back from the dead our Lord Jesus, that great Shepherd of the sheep

We can see here that the eternal covenant has a connection with blood. This blood is from Jesus.

In other words, The eternal covenant is related with the blood of Christ.

Then What is the everlasting covenant established in Jesus’ blood?

Lk. 22:20 In the same way, after the supper he took the cup, saying, “This cup is the new covenant in my blood, which is poured out for you.

It’s the Passover of the new covenant.

In the last days, Christ Ahnsahnghong fulfilled this prophecy.

Christ Ahnsahnghong was born in1918.

According to the prophecy of the fig tree, He was baptized at 30 in 1948, and preached the new covenant for remaining 37 years of David’s throne.

He foretold that He would pass away after preaching for 37 years, 4 years before His death. In other words, He is truly God!!!

He established World Mission Society Church of God[WMSCOG]. In There we can meet Him. Come to WMSCOG!!

Posted by 1christ9ahnsahnghong4wmscog8 on July 27, 2013 in Christ Ahnsahnghong

When the one become king of Israel, There are records; The time when He become the king, The period when He reign the country and so on.

2 Kings 12:1 In the seventh year of Jehu, Joash became king, and he reigned in Jerusalem forty years. His mother’s name was Zibiah; she was from Beersheba.

2 Kings 14:1-2 In the second year of Jehoash son of Jehoahaz king of Israel, Amaziah son of Joash king of Judah began to reign. He was twenty-five years old when he became king, and he reigned in Jerusalem twenty-nine years. His mother’s name was Jehoaddan; she was from Jerusalem.

2 Kings 15:1-2 In the twenty-seventh year of Jeroboam king of Israel, Azariah son of Amaziah king of Judah began to reign. He was sixteen years old when he became king, and he reigned in Jerusalem fifty-two years. His mother’s name was Jekoliah; she was from Jerusalem.

Likewise, prophetic king David should have this common.

2 Samuel 5:3-4 When all the elders of Israel had come to King David at Hebron, the king made a covenant with them at Hebron before the Lord, and they anointed David king over Israel. David was thirty years old when he became king, and he reigned forty years.

According to this, prophetic king David,Jesus should be anointed at the age of 30, and reign over spiritual Israel for 40 years.

Lk. 3:21-23 When all the people were being baptized, Jesus was baptized too. And as he was praying, heaven was opened and the Holy Spirit descended on him in bodily form like a dove. And a voice came from heaven: “You are my Son, whom I love; with you I am well pleased.” Now Jesus himself was about thirty years old when he began his ministry. He was the son, so it was thought, of Joseph,

Lk. 4:16-21  “The Spirit of the Lord is on me, because he has anointed me to proclaim good news to the poor. He has sent me to proclaim freedom for the prisoners and recovery of sight for the blind, to set the oppressed free, … He began by saying to them, “Today this scripture is fulfilled in your hearing.” 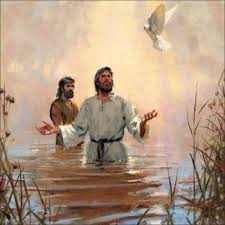 Heb. 9:28 so Christ was sacrificed once to take away the sins of many; and he will appear a second time, not to bear sin, but to bring salvation to those who are waiting for him.

Then how can we recognize the Second coming Jesus, Christ Ahnsahnghong with the absolute sign?

Posted by 1christ9ahnsahnghong4wmscog8 on July 16, 2013 in Christ Ahnsahnghong